DSD is a joint course of: The course will give students an insight in complexity of distributed / global software development. Students will be trained to work in distributed teams and use technology for distributed development of software applications.

What makes DSD different from the other courses?

Find out, at the DSD info links below :-)

New, third victory of a DSD team at ICSE SCORE competition, this time held in Göteborg, Sweden! Out of 29 teams from 12 countries, three teams were DSD student teams. Team CSyllabus made to the semi-finals, to which 6 teams were invited. Out of these, only 3 teams were selected for the finals, including our RiderTrack team. All finalist teams were invited to ICSE conference in Göteborg, where they were presenting their work. For the third time, one of the DSD teams, RiderTrack (POLIMI+FER) won the first prize as the overall winner! :-) On 30th Conference on Software Engineering Education and Training (CSEE&T), held in Savannah, Georgia, USA, from November 7th to 9th 2017., our DSD course is elected to Software Engineering "Hall of Fame", whose aim is to present the most successful study programs and courses around the world, as examples to others.

Along with FER, which was awarded for the DSD course, other exquisite university programs selected for "Hall of Fame" were Carnegie Mellon University, Rochester Institute of Technology and University of Ottawa.

In the fourth SCORE contest on Software Engineering, organized as part of ICSE conference in Austin, Texas, USA, our DSD students continued with good results! Three DSD teams participated in this year's contest. Out of 26 submissions, 7 teams were selected for semi-finals, with 2 of our distributed teams among them: SE4VH - Smart Energy for Your Home, and JustMeet project.

European University Information Systems organisation (EUNIS) awarded "EUNIS Dorup E-learning Award 2014" to our DSD course. The award is given for the outstanding and innovative application of information technology (IT) in an educational setting.

For this contest, DSD course was described in a paper titled "Technology in Real-Life Teaching of Distributed Software Development".

Among a number of submissions, presentation of five contest finalists from four universities (Paris Descartes University, University of Valencia, University of Tartu, University of Zagreb) and winner announcement was held during EUNIS 2014 conference, in the city of Umea, in the northern Sweden. 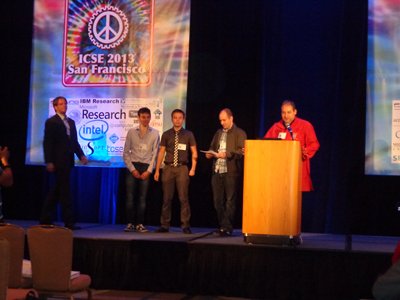 In the third SCORE competition for software engineering student teams, only three out of more than 50 registered student teams were invited to the SCORE 2013 competition finals at the ICSE 2013 conference, held in San Francisco, USA, at the end of May 2013. Out of those three teams, the Travel’n’study team was from the DSD course, and, subsequently was declared an overall SCORE winner!

In the second SCORE competition for software engineering student teams, DSD teams achieved a great success - again! Two student teams took part in the finals of SCORE competition, organized every second year by ICSE conference, the biggest conference on software engineering. From September 2010. onwards, our students - among 94 teams from 22 countries - were working on projects proposed by professors from universities and research centers all over the world. Four DSD teams were accepted among 18 teams for the second round. Two DSD teams, Mass Observation and Public Transportation Product Line, are selected among the best five teams - finalists. Their representatives were invited, with paid expenses, to ICSE 2011 conference, which took place in Hawaii, USA, in the end of May. In Hawaii, the team representatives were presenting their projects to the contest committee and interested conference participants, through project presentations, posters and final product demos. Their specific - distributed - way of working was received with great interest.

After the big success story from the first SCORE competition (see below), this year the overall winner award, in a tight fight, went to Freie Universität Berlin, Germany.

The students were accompanied in Hawaii by DSD teaching staff, who also participated in a conference workshop on Collaborative Teaching of Globally Distributed Software Development with two presentations. They discussed overall experiences in creating and carrying out DSD course, as well as student motivation. followed by students' experiences of a course. In November, 2010, Croatian national TV (HRT) published a story about DSD course (and another course, Open Computing, from our course group). The story was a part of a show called "Trenutak spoznaje", which discusses scientific topics. Take a look!

At the contest "International e-Learning Awards 2010", organized by IELA - International E-Learning Association, "Distributed Software Development" course won the second award, in the category of academic e-learning. The awards were announced during the International Conference on Computer Aidied Learning - ICL 2010, in Hasselt, Belgium. Award submissions were received from 26 countries, and awards were given in academic and business categories, for excellence in e-learning, mobile learning and blended learning. 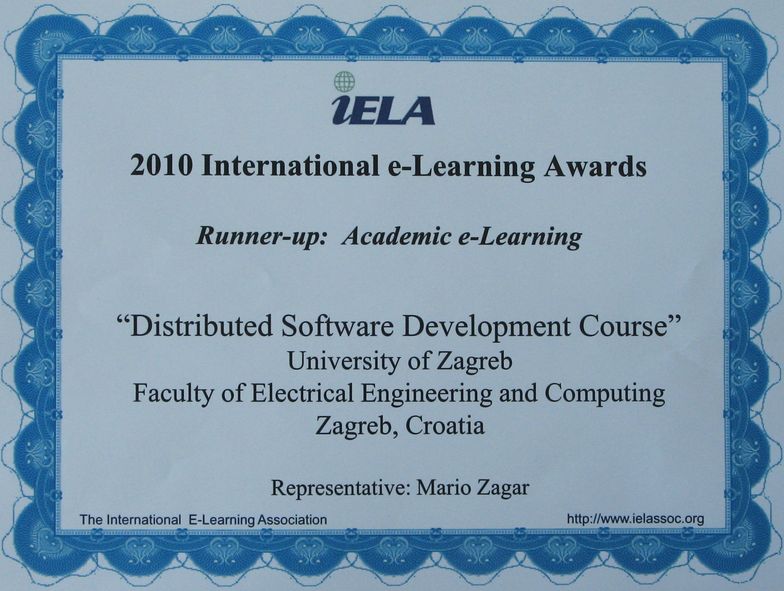 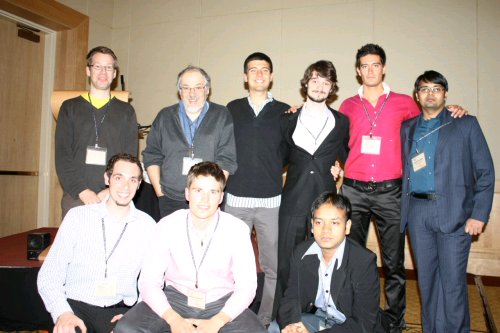 Our students are the members of finalist teams of the SCORE competition, organized by the world's largest software engineering conference (ICSE – International Conference in Software Engineering).

Out of 50 project teams from prestigious universities, six finalist teams were selected - three of them projects from DSD 2008/09 course. Above all, “BTW: if you go my advice to you” project was declared the overall winner of the SCORE 2009 competition. 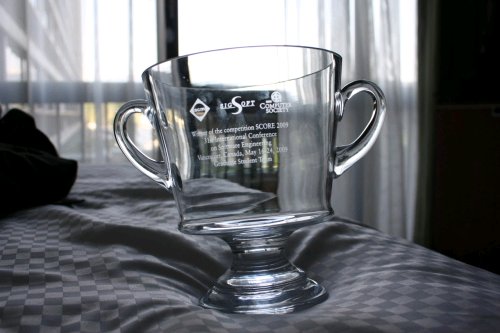 Student teams were competing while working on projects as a practical part of this course, overcoming various challenges in distributed software development and working on real-life projects. Students - team representatives participated in project presentations at the ICSE conference itself, which took place in May 2009 in Vancouver, Canada. We are proud that DSD students actively participated in promoting the cooperation between our universities, and have shown the quality of such distributed work and project-based course.

Special award for outstanding achievement in the international software engineering competition and the contribution to the international visibility of University of Zagreb was awarded to the members of the winning, BTWmaps team. 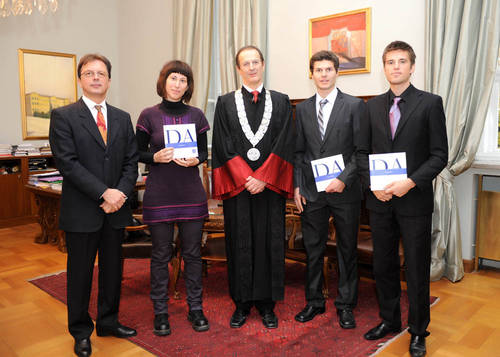 The University of Zagreb held a contest for the best e-course in the academic year 2008./2009. The purpose of this competition was to acknowledge the best examples of using ICT in university education, which enhances not only tehnological, but the pedagogical parts of the course education process.

Among a great competition, Distributed Software Development course was awarded the second prize for the best e-course at the University of Zagreb.

No polls currently selected on this page!