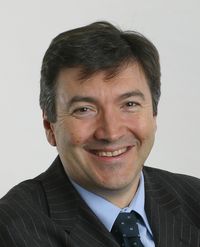 Komunikator system for people with the autistic spectrum disorder

Introduction of SAP ERP System into a Heterogeneous Academic Community

Study of standards in e-Business, Delivery #1

A Blended Learning Approach to Course Design and Implementation

Programme learning outcomes at the Faculty of Electrical Engineering and Computing

Deployment of e-Invoice in Croatia

Introducing adaptivity and collaborative support into a Web-based LMS

Experiences of FER in the implementation of the Bologna process

System architecture of a new national student card in Croatia

System architecture of a new national student card in Croatia

Web based database of products and services by croatian ICT industry

Bologna Process and the Education for the 21th Century

Establishment of computerization and e-services for public health in Croatia

Minimisation of Collisions in Scheduling of Lectures

A Software Tool for Lectures Timetable

Analysis and report regarding the status of the project of purchase of executive solution for computerisation of Primary Health Care in the Republic of Croatia, Second Group, Version 2.0

Analysis and report regarding the status of the project of purchase of executive solution for computerisation of Primary Health Care in the Republic of Croatia, First Group, Version 2.0

The Model for Testing in Adaptive Hypermedia Courseware

Comparative analysis of ERP software in Republic of Croatia

An algorithm for corrugated paper cutting

An algorithm for corrugated paper cutting

Source Code Generator Based on a Proprietary Specification Language

Analysis of Reasons for Failure of a Major Information System Project

A Software Infrastructure for Distributed Computing Based on DCOM

An Approach to Navigation Support in Adaptive Educational Hypermedia System

A quick diagnostics of the project IISCO failure

A Software Development Method Based on Iterative Prototyping

An Algorithm to Generate Data for Testing

Automated Coding in the Census '91 in Croatia

A Cutting Stock Procedure for Printed Circuit Board Production

Vedran Mornar was born in Zagreb, Croatia in 1959. He received B.Sc., M.Sc. and Ph.D. degrees in computing from the University of Zagreb, Faculty of Electrical Engineering and Computing (FER), Zagreb, Croatia, in 1981, 1985 and 1990, respectively.
He has been working at FER from 1982. He was a Fulbright scholar at the University of Southern California, Los Angeles from 1987 to 1988. In 2003, he was promoted to Full Professor in Computing at the Department of Applied Computing. In 2008, he received a tenure. He has been teaching several computing courses, and has been participating in many projects with the industry. His professional interest is in e-learning, application of operational research in the real world information systems, database design, development and implementation. He was the leader of several projects at the national level, most notably the National Information System for Application to Higher Education Institutions, which also provides the complete organizational support for the state matura exams, and the National Information System for Application and Enrollment to High Schools. In the period from 2002 to 2006, he was the vice dean of the Faculty. From 2006 to 2010 he was the dean. He was the mentor of more than 200 graduate and 5 PhD theses.
Prof. Mornar became a member of the National Council for Higher Education in 2007. He was the president of the council from 2009 to 2013. In 2010, he was a nominee for Rector of the University of Zagreb. As a member of national committee for implementation of state matura, he contributed significantly to task. He is a member of IEEE Computer Society, a full member of the Croatian Academy of Technical Sciences and the president of Croatian Association for ICT, Electronics and Microelectronics MIPRO. In 2012, he received the gold medal "Josip Lončar" from FER for his outstanding contribution to the faculty. He is a holder of the Homeland War Memorial Medal. From 2014 to 2016 he was the Minister of Education and Sports of the Republic of Croatia.