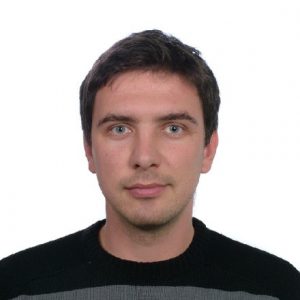 Analysis of Teenagers’ Facebook Profile Creation with a Special Focus on Photography: Insights from Croatia

How to measure and model QoE for networked games? A case study of World of Warcraft

Cloud gaming in Education: Evaluation of Multiple Game Streams in a Shared WLAN

The Impact of Video Encoding Parameters and Game Type on QoE for Cloud Gaming: a Case Study using the Steam Platform

It's time to give Online Games a Serious Consideration

The Impact of User, System, and Context factors on Gaming QoE a Case Study Involving MMORPGs

Analysis of player's in-game performance vs rating: Case study of Heroes of Newerth

Monitoring and Analysis of Player Behavior in World of Warcraft

Player Behavior and Traffic Characterization for MMORPGs : A Survey

Trafﬁc modeling of player action categories in a MMORPG

Why MMORPG players do what they do: relating motivations to action categories

Hack, Slash, and Chat: A study of players' behavior and communication in MMORPGs

Design of a Dynamically Adaptive Networked Virtual Environment Based Service

Mirko Sužnjević (postdoctoral researcher at FER): Mirko Sužnjević is a research assistant at the Department of Telecommunications of University of Zagreb, Faculty of Electrical Engineering and Computing (FER). His main research activities are in the area of networked virtual environments, with focus the modelling the network data traffic of Massively Multiplayer Online Role-Playing Games (MMORPGs) based on application level player behaviour. His recent research interests are in the area of Quality of Experience (QoE) in MMORPGs, characterizing player behaviour in Multiplayer Online Battle Arena (MOBA) games, and cloud based games.

Mirko Sužnjević received his Master’s (Dipl.-Ing.) degree in Electrical Engineering, major Telecommunications and Informatics, from FER, in 2006. He defended his Ph.D. thesis named “Modelling of Network Traffic for Multiplayer Role Playing Games Based on User Behaviour” at the same university in 2012.

During the course of his PhD and afterwards he has participated in several  PhD Schools: “Statistical and learning methods for reliable assessment of Quality of Experience“, in august 2014 in Nantes (France) organized by COST Action European Network on Quality of Experience in Multimedia Systems and Services (Qualinet),” “Bridging the gap between theory and practice in network monitoring and analysis”, in June 2011, in Naples, Italy, organized by the COST Action IC0703 Data Trafﬁc Monitoring and Analysis (TMA); “Main Trends in Teletrafﬁc Modelling”, in March 2011 in Valencia, Spain, organized by Euro-NF European network of excellence; and  “IP Traffic Characterization and Anomaly Detection”, in February 2010 in Torino, Italy, organized by the COST TMA and Euro-NF European network of excellence.

He has been employed at FER as a research associate in the Department of Telecommunications in 2006, and he advanced to a research assistant position in 2008. His position was funded through collaborative research projects with company Ericsson Nikola Tesla. He was a project team member in several projects, including „Session-Level Signaling for Advanced Multimedia” (2006-2007), „Future Advanced Multimedia Service Enablers” (2007-2008), „Session level QoS mechanisms and enablers in future networks” (2009), and „Policy based resource control for complex IP networks” (2010-2011). Also, he has been employed as a senior researcher at FER, and funded by the EU FP7 project “ACROSS - Center of Research Excellence for Advanced Cooperative Systems” (Grant no. 285939) (2011-2014) and Information and communication technologies for generic and energy efficient communication solutions for application in e-/m-health (ICTGEN) (2014-2016). Currently, he is employed on project “Cooperative QoE Management in Mobile Networks for Interactive Multimedia Cloud-based Services” (Q-MANIC) funded by Croatian Science Foundation. He has also participated in research project funded by the Ministry of Science Education and Sports of the Republic of Croatia, entitled “Content delivery and Mobility of Users and Services in New Generation Networks” (036-0362027-1639) and in teaching activities at the Department of Telecommunications. Additionally, he participates in a bilateral cooperation project between Slovenia and Croatia named „Services and Applications in the Future Internet: Ensuring Quality and Energy Efficiency” (2012-2013).

He was involved in the COST Action IC0703 „Data Traffic Monitoring and Analysis: theory, techniques, tools and applications for the future networks” and is currently active in the COST Action IC1003 “European Network on Quality of Experience in Multimedia Systems and Services”.

He has published seven journal papers, (four of them in category A) and twenty-three papers in international conferences and workshops. He is also an author of two papers in professional journals. He is appointed co-chair for The 14th Annual Workshop on Network and Systems Support for Games – NetGames 2015 which will be held in Zagreb in December 2015.  He is a member of Institute of Electrical and Electronics Engineers (IEEE) and IEEE Communications Society. He is an author of one Internet Engineering Task Force (IETF) draft. He has been granted an Internet Society Fellowship to participate in the IETF 87 meeting in Berlin, Germany (2013).