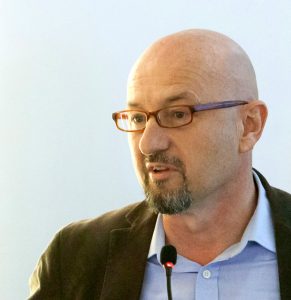 Gallium--nitride-on-diamond wafers and devices, and methods of manufacture

Comparison of GaN HEMTs on Diamond and SiC Substrates

Comparison of GaN HEMTs on Diamond and SiC Substrates

TFI-5 based on 16-lane parallel optics

Buried layer in a semiconductor formed by bonding

Growth of 1.3 um InGaAsN laser material on GaAs by MBE

Methods for controlling the polarization in VCSELs

Growth of 1.3-um InGaAsN laser material on GaAs by MBE

The interior design of the new laser and New muxed laser arrays, sidebars in The ideal light source for datanets, by by K.S. Giboney, L.B. Aronson, B.E. Lemoff

Characterisation of metal mirrors on GaAs

Cleaved GaN facets by wafer fusion of GaN to InP

Modeling and optimization of 1.54 m double-fused VCSELs for cw operation above room temperature

Cleaved facets in GaN by wafer fusion of GaN to InP

Limitations to Controlling Spontaneous Emission in Microcavities with Distributed Mirrors

Refractive Index of AlGaInAs on InP for Optoelectronic Applications

Determination of valence and conduction‐band discontinuities at the (Ga, In) P/GaAs heterojunction by C‐V profiling

Buried layer in a semiconductor formed by bonding

Gallium-nitride-on-diamond wafers and devices, and methods of manufacture

Between 1982 and 1985 he worked as a graduate student on the measurement of AlGaAs/GaAs heterojunction band-offsets by capacitance-voltage profiling with prof. Herbert Kroemer at UC Santa Barbara. From 1985 to 1989 he worked at Avantek, Inc. (Santa Clara, California) as a Design Engineer, on the development of microwave switching and limiter diodes (up to 40 GHz), and hyperabrupt varactors for 3 GHz voltage-controlled oscillators.

In 1989, he joined the Ultrafast Optoelectronics Group at UC Santa Barbara, as a graduate student to work with professors John E. Bowers and Evelyn L. Hu on the development of vertical-cavity surface-emitting lasers (VCSELs) where in 1995 he demonstrated the world’s first room-temperature continuous-wave operating long-wavelength (1550 nm) VCSEL. From 1995 to 1999, he was a Member of Technical Staff at Hewlett-Packard Laboratories (Palo Alto, California) working on long-wavelength VCSEL development using wafer bonding technology.

In 1999, he founded Alvésta Corporation, manufacturer of 10Gb/s multichannel fiber-optic modules, where he served as the company's first Chief Executive Officer and then in 2001 as Chief Technical Officer. He managed the company through first product sale and raised $20M in venture capital for its funding (Alvesta was acquired by Emcore Corporation in 2002). Between 2003 and 2008, he assisted Clariphy Communications, Inc, (Irvine, California) developing optical equalization technology, as a member of the company's technical advisory board (Clariphy was acquired by InPhy in 2017), and XLoom Communications, Ltd (Israel) as Vice President US operations managing the development of 20Gbps multichannel optical modules in Tel Aviv, Israel (XLoom was acquired by Mellanox in 2014).

Between 2008 and 2013 he managed the development of RF and millimeter-wave amplifier modules based on GaN-on-diamond technology as Vice President RF Electronics and co-founder of Group4 Labs, Inc. (Fremont, California), where he developed laser machining of GaN-on-diamond wafers, built and operated GaN-on-diamond transistor reliability testing, and in 2009 his team demonstrated the world’s first GaN-on-Diamond X-band power amplifier module (Group4 Labs was acquired by Element Six, Ltd in 2013).

After Group4 Labs he co-founded and served as Vice President RF Devices in Eridan Communications, Inc. (Santa Clara, California), a start-up company developing polar modulators based on GaN-technology for wireless communications. In 2012 he joined the faculty of University of Zagreb, Croatia, and in 2017 was elected to Associate Professor.

Dr. Babić’s research interests include high-speed communications-component technology (semiconductor lasers and detectors, microwave amplifiers and other semiconductor devices) and optics. In recent years, he has been involved with space technology  and building sensing and communications equipment for a CubeSat. He has over 140 publications presented at conferences and in peer-reviewed journals, thirty-five US granted patents, and one book chapter. His Web of Science h-index is 27 and Google Scholar h-index is 32.

Recently, a research group at Stanford University in California (USA) published a study about scientific citation that ranks about 160 000 scientists globally in different fields (https://doi.org/10.1371/journal.pbio.3000918). The study published a list of most influential scientists based on their entire careers in specific fields. Associate professor dr. sc. Dubravko Babić was listed in the top 2% of scientists globally in the field "Optoelectronics and Photonics".