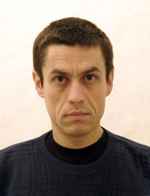 Mark without much Sweep Algorithm for Garbage Collection

Modelling and Simulation of Algorithms for Memory Allocation and Garbage Collection

A Note on Optimality of Analytical Leakage Compensation at Boundary Frequencies

Fischer plots : An Excel spreadsheet for computing Fischer plots of accommodation change in cyclic carbonate successions in both the time and depth domains

Analysis of Precision of the HTB Packet Scheduler

Usage and Validation of Different Formats in Profiling Process

Born in 1967. in Rijeka. He lives in Zagreb where he finished primary and secondary school. He received B.Sc.EE, M.Sc.CS, and Ph.D. from FER, University of Zagreb in 1991, 1994, and 2000. respectively. Since 1991. he works at FER at RASIP group, where he is involved in scientific projects and educational activities. He has developed the program package ATLAS that is used for a simulation of a microprocessor architecture, and was also involved in the develompent of Astra Digital Radio Analysis System (ADRAS).Danko Basch is a coauthor of several papers (in English) and two books (in Croatian Language): Introduction to Microcomputers, and ATLAS - Microcomputer Architecture Simulation.